The 16th Korea-Japan Joint Workshop on
Algorithms and Computation

Objectives
The aim of this workshop is to provide a forum for researchers working on algorithms and the theory of computation, to promote the exchange of recent results, to foster new collaborations among researchers. Historically, the workshop has established for the purpose of collaboration of researchers of Japan and Korea; however, participation from any country is welcome.
The workshop is organized by the Special Interest Group on Theoretical Computer Science (SIGTCS) of the Korean Institute of Information Scientists and Engineers (KIISE) and the Special Interest Group on Algorithms (SIGAL) of the Information Processing Society of Japan. 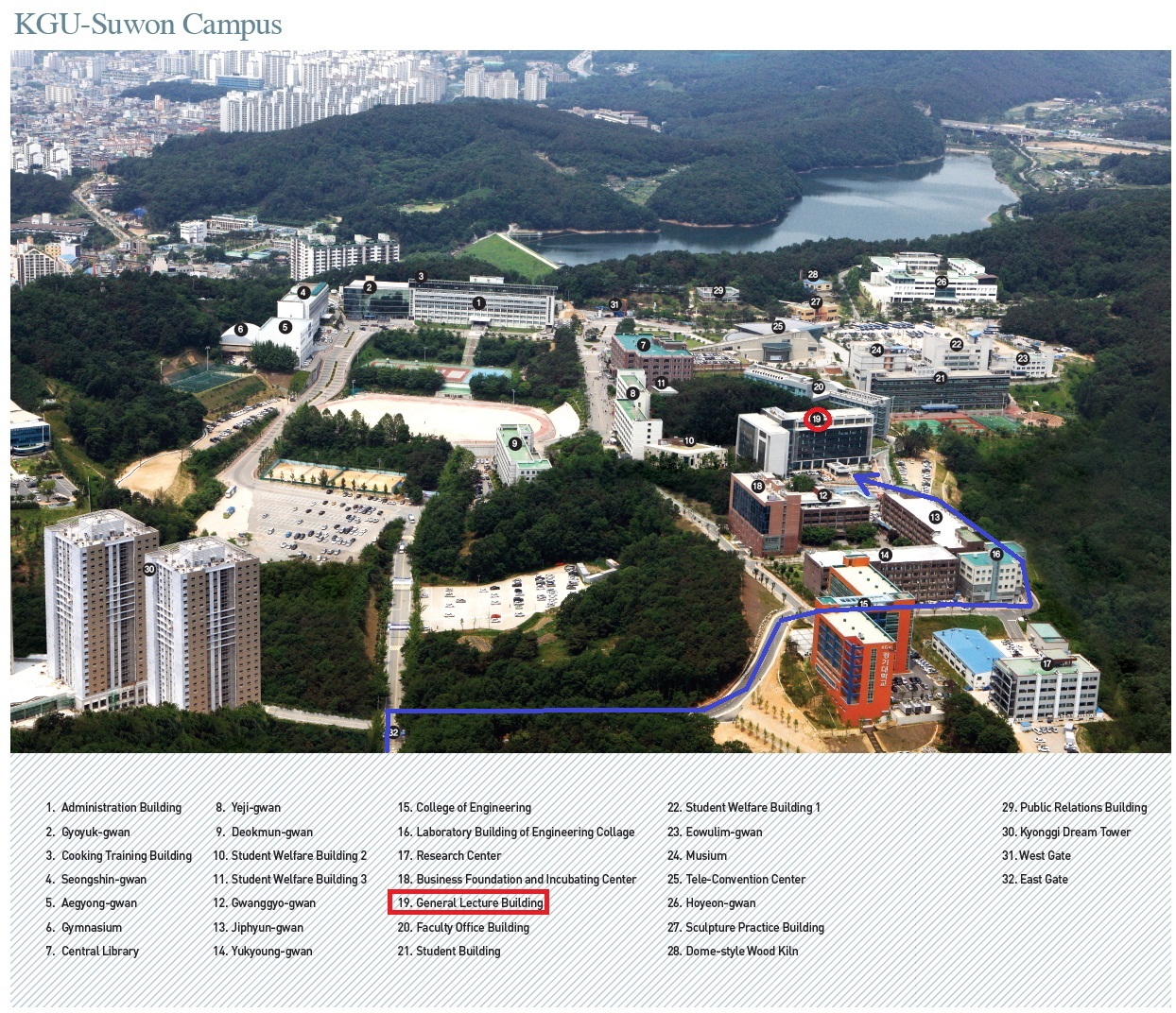 You can click the map to see a larger one.

Access :
Check out our guide to how to get to the workshop site.
Kyonggi University is located in the eastern region of Suwon. Once you get in Suwon city, the best way is to take a taxi. It's relatively cheap (at most KRW 10,000 from anywhere in Suwon).
>> The details to access Kyonggi University
Suwon city is located 30km south of Seoul. There are many bus or train connections to Suwon from Incheon Airport, Gimpo Airport, and other central places of Seoul.
>> The official website of Suwon City

A recommended route from Incheon/Gimpo Airports is by bus.
Take a bus for "Suwon" and get off its destination "Hotel Castle" from either airport.
The bus line is quite frequent and the quickest way to get in east Suwon.


Strongly recommended.
Closest to the workshop site and just next to the Airport Limousine Terminal.
A shuttle bus will drive you to the workshop site in the morning on July 12 and 13.
Reduced room fare for WAAC 2013 participants: We are negotiating more service and/or discount for WAAC 2013 participants who staying at this hotel.
To book a room at Hotel Castle at this reduced rate for WAAC 2013,
send an email directly to reservation@hcastle.co.kr by June 25th
with subject "[WAAC 2013] Room Reservation" including your information about: You then will get replied with a confirmation from the hotel.

There are a couple of other choices.
Ramada Plaza Suwon Ibis Ambassador Suwon There are many cheaper hotels or motels in Suwon you can find but we don't recommend them in several reasons Map
The map below is being incrementally updated. So check the map just before departure.
It now shows the locations of the workshop site, hotels and remarkable sites with description.
View Official Map for WAAC 2013 in a larger map